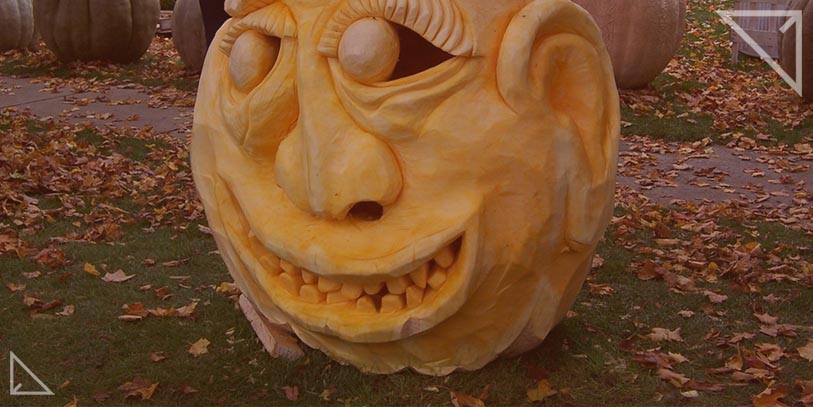 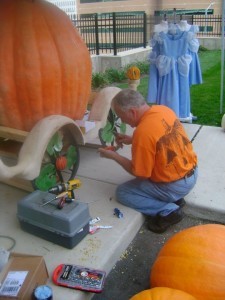 FRANKFORT, MI. — Pumpkin Ed Moody is renowned for carving gigantic pumpkins that weigh over 1,000 pounds, stand over five feet tall and have measured more than 13 feet in circumference.

To fulfill his dream, Ed needs approximately  $3,500 per event which he was paying out of pocket, personally.

Be sure to include a return address for your tax deductible receipt.

Pumpkin Ed Karving 4 Kids
Those costs include: equipment rental for handling the pumpkins, cost of pumpkins, transportation, lodging and miscellaneous costs.  The best part of the non-profit status is that he can accept donations, send donors a receipt for taxes and it’s possible you can deduct the donation from taxes.

Ed is not looking to make any money for his efforts and all accounting will done be through the foundation.

How Ed Built His Hobby Into Charity
Ed built relationships with gigantic pumpkin growers and seed companies to co-brand his art form and maximize his exposure through event participation and businesses who need traffic.

Pumpkin Ed is for hire all year but especially from August through November.

More than 50,000 people visit his home every October when he sculpts as many as 25, 1,000-pound pumpkins on display from October 26 through Halloween. Friends, fans, followers and family call him Pumpkin Ed.

Moody came to The Marketing Square for a website rebuild to build his fall sculpting season. Moody’s site, PumpkinEd.com was re-launched in July; plenty of time for PumpkinEd.com to maximize pre-carving season.