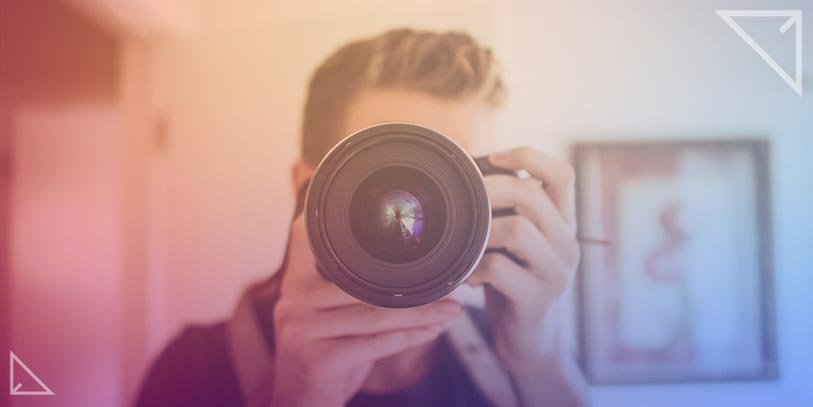 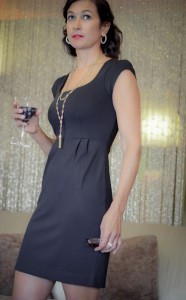 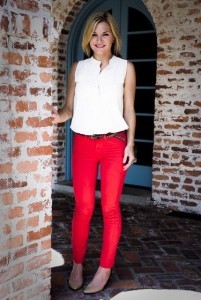 Fashion photographers make their mark capturing moments: a facial expression, a wisp of hair blowing in the wind, a blouse at the right angle, an eye glint in the sunlight.

But if it’s just right and it’s photographed properly it’s phenomenal. The photographer has conquered the shoot. Clients are happy. Models are pleased.

And then the shooter is asked to do it consistently. Only the best can, adding polish to the photos with minor touch-ups to make the pictures sing.

Spencer Warlick has the passion and the skill and he’s a perfectionist which are the typical personality and professional traits found in the best photographers. But he also has the ability to get those shots which starts with vision.

“I see art in everything around me,” Spencer said. “So I’m just trying to translate my perspective on the subject through each frame.”

Spencer said he wants “to capture the subject as I see it artistically.”

Interestingly, his  wife and stylist Erica who models beautiful fashions on her  blog EricaOnStyle.com is a constant subject of his shoots. Together they have produced magazine-quality fashion photo shoots since her site launched in 2011. 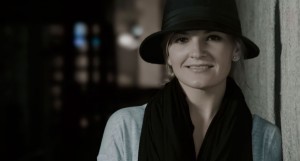 “Spencer thinks all of his pictures are bad,” said wife and fashion stylist Erica Warlick. “But they’re gorgeous. But he won’t 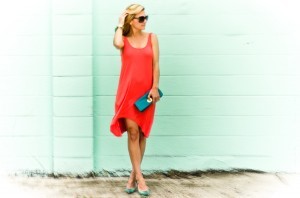 quit. He works on them until they’re just right.”

Spencer, a native of Winter Park, Florida, has been taking photos since a college student at the College of Charleston.

“I lived in the south of France for a summer and fell in love with it,” said Spencer who spent a year studying abroad. 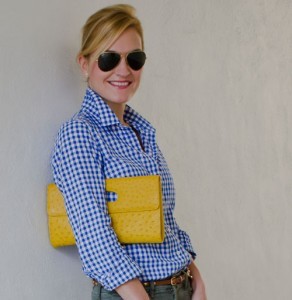 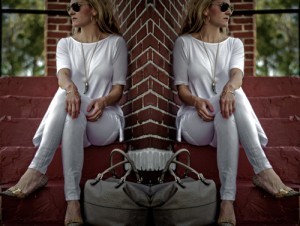 He’s been shooting commercial photos of his home design work for clients for years which can be seen on the website he built himself: WarlickDesign.net He’s had his design/build work featured in The Orlando Sentinel and Florida design magazines. Now, he’s taking pictures a step further into fashion.

“Honestly the time is mostly spent looking for the location,” said Spencer of he and Erica’s fashion shoots. “The actual shooting never lasts more than 15 to 20 minutes.”
Erica selects clothing, shoes and accessories. They get in the car, find the right place with the perfect background and lighting for the time of day and shoot.
The results are spectacular and can be seen at EricaOnStyle.com

The duo should be shooting fashion in South Beach looking at the work they’ve compiled. They take Winter Park fashion to the next level. Erica pulls regularly from Park Avenue clothiers including Thread Winter Park and they go out into the most gorgeous locations throughout Winter Park for the shoots.

There was no question that when The Marketing Square would take agency photos that Spencer would be asked to shoot. The Mad Men theme was used to show an ad agency of 2012 through Spencer’s eyes. All styling–hairstyle, makeup type, shoes and accessories–was done by Erica. They came with ideas, wardrobe, venue, and had the entire event handled. 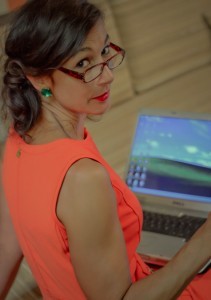 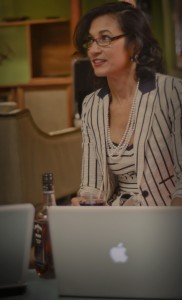 We just showed up and they went to work.

Thread supplied Tory Burch and French Connection dresses to Erica for The Marketing Square to wear and Spencer chose retro furniture store 1618 Something Different to host the ’60s themed shoot.

Albie Flores owner of Acaj Salon provided the hairstyle which Erica pulled after reviewing the many styles of Mad Men characters. The shoot was fun and thanks to Erica and Spencer Warlick, it was a great success.

Here’s the story that The Maitland Observer did on the event which introduced new members of The Marketing Square team: Franklyn Galusha and Sam Smith. The shoot coincided with the season five finale of Mad Men, AMC’s award-winning drama about a fictional 1960s advertising agency.

Six Florida businesses were tapped for the shoot which couldn’t have run more smoothly thanks to Spencer Warlick.