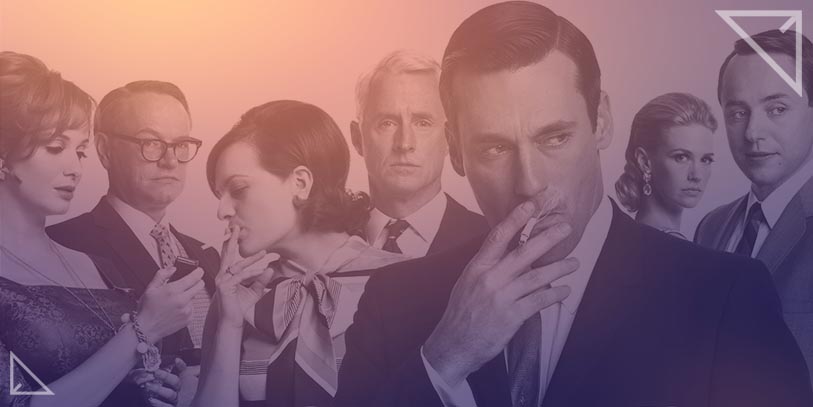 The Marketing Square is a website and ad agency that works with Florida and Michigan clients. I opened shop after working at ad agency GlobalHue for eight years as senior copywriter/agency proofreader/events & proposals manager. And five years at a sports events & media agency.

But when I watch Mad Men, AMC’s award-winning drama every Sunday on AMC, I get flashbacks to agency life: never a dull moment and every day a different kind of chaos.

But I loved it.

In homage to the show and for a look at the ad agency of 2012, The Marketing Square and its Florida clients who are thriving online are doing a Mad Men-inspired photo shoot 2:30-5:30 p.m. Friday at the 1618 Something Different retro furniture store in Orlando. Six Florida businesses are coming together to make it happen.

Florida isn’t New York, but Florida clients want the same thing as the big clients do: Sales. They sell online and through their websites and they want all the bells and whistles. I call them Super Sites: Video, photos, blogs, social media, relationship marketing, PR, with SEO to drive traffic.

Florida’s economy has been challenging but the entrepreneurs I’ve met are tough and they believe in their brands. Building websites for them I see their dreams come to life. They tell me what they want and we build a website to reach their goals. Websites are advertising-based because advertising sells.

When I opened The Marketing Square in August 2010, I had not only sold, wrote and produced TV, radio, print and events campaigns, I’d received awards and driven sales for the two companies I’d worked hard to help grow. GlobalHue and Urban Sports & Entertainment Group. I sold sports events and media cold calling on brands and ad agencies for five years. Then, I wanted off the ride.

I figured that if I could sell for them, I could do the same for my own agency. A smaller ad agency but we pitch and meet with clients who need websites as their key advertising piece. Sure, TV is big, but when was the last time you bought something based on a TV commercial. Today’s consumers shop and compare online and the website is king.

Mad Men has been fun to watch because I’m no longer a part of that big agency life. We do things a little differently at The Marketing Square.

Don Draper is exactly like the creative directors I worked with. Arrogant, tough, charismatic and great salesmen. I learned from the best how to present and close deals.

Pete Campbell? There’s two account guys just like him who I worked with, but won’t name here. They were my favorite people because they never quit trying to get new clients and used some outlandish tactics to reel in clients. Most worked.

Peggy? Well, I had that job. I wasn’t nice, though. I would never take the crap she did. Yes, I had liquor in one drawer of the desk. No I didn’t drink during regular business hours. But drinking is a part of agency life. There’s a lot of stress.

Joan? There really wasn’t a Joan in the agency. Beautiful women? Of course, but sex appeal didn’t keep you in the agency for long. Pretty don’t pay the bills. Producing ideas does.

However, the drama of the ad agency characters on Mad Men is absolutely real. I was involved in a few myself. There were many secret pacts, wild relationships, office romances, fights, yelling, difficult conversations about flailing performances, and yes, back-stabbing. Plenty of it.

All agencies have it: there’s a lot of money on the line and along with it egos and personalities to drive anyone mad…if you let it.

Ergo the name Mad Men: a double entendre on the reference to Madison Avenue ad men. The multi-billion dollar street in New York where the nation’s largest ad agencies were born.

Mad Men an Apt Name for the Ad Business

Mad Men is an apt name for the pressure cooker scenarios and breakneck pace faced by agency staff.

I enjoyed the challenge of new business pitches which often came as concurrent brands were being shot, pitched or produced. We would get some strategy from the account team, do research, and start brainstorming.

I wrote 13 scripts for General Mills in one day, then switched to brainstorming for a new Domino’s Pizza campaign. Shifted into proofreading scripts, storyboards, final print ads for Verizon. Then geared up for a new business pitch for Verizon Wireless. Completed a proposal for a new Kmart Tour with the Winans presented by Chrysler. Worked on routing at venues, shipping merchandise, selling merchandise. And talked to clients and attended meetings.

The next day could begin with a review of ideas for General Mills, P&G, Western Union, Michigan Lottery. It was absolute chaos, but a controlled spin that was a little intoxicating after a client bought a new campaign.

I used to tell everyone who joined the agency to embrace the chaos. Those who did stayed. Those who couldn’t were fired. Getting “the box” at 4 or 5 p.m. was a known occurrence.

Ideas would come and go, round after round. Some were picked up and loved until the moment of the actual client pitch when they were dropped–thrown in the trash after hours or weeks of work.

Agency presentation run-throughs at 6 a.m. on weekends were common. Every department would present in a boardroom and practice and practice until agency CEO Don Coleman was confident that we could close the deal.

Weak presenters were sent to refine, rework, redo until they could return to the room and shine for the squad.

Everyone had to be able to present, evoke emotion and secure a sale. There were times when travel, deadlines, glitches forced solo presentations. You had to sell yourself–the agency–and its ability every time to everybody. Or you were off the team.

Clients could put you on the spot and you’d better know the answer or sit down and call someone who could give the right answer. Million dollar accounts don’t come easily and if you answered wrong it was your job on the line.

The Marketing Square is a perfect example of the ad agency of today. It’s virtual. Wherever there’s a computer I can build a website. While I used to pitch to Fortune 500s I work with Florida businesses–for now.

The product changed–websites–and the size of client–upstarts. I started small and local in Winter Park and in Michigan. The clients were entrepreneurs and new business owners the first six months.

After building several websites I was working with businesses that were around for 10, 15, and 35 years.

Now, I’m adding team members: Franklyn Galusha, one of the top 100 Website Developers and Programmers in the country and sports and TV videographer and producer Sam Smith. We’re going into a new client market so let the chaos begin!

As Mad Men’s season comes to a conclusion Sunday, The Marketing Square has a Mad Men-inspired and styled photo and video shoot Friday featuring six Florida businesses thriving in the virtual marketplace. We’re showing a virtual ad agency of 2012 that works wherever there’s a computer.

The Marketing Square Mad Men photo and video shoot will be held from 2:30 p.m. to 5:30 p.m. Friday, June 8, at 1618 N. Orange Ave., in Orlando in the 1618 Something Different furniture store which features ’60s styles. Albie Flores of Maitland’s Acaj Salon is doing my hair similar to a style worn by Mad Men star January Jones.