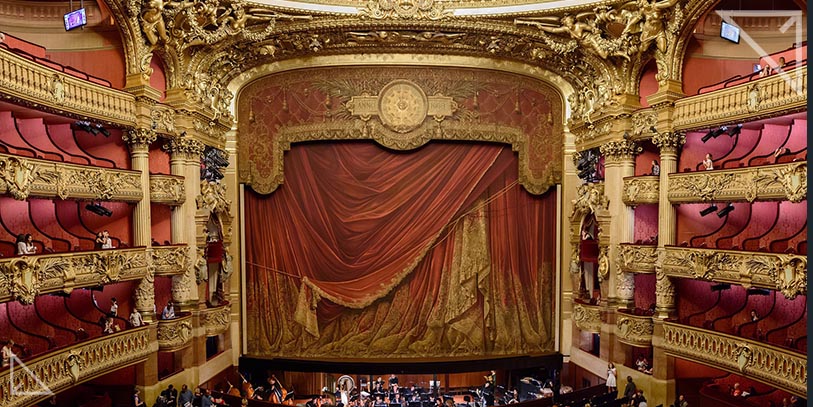 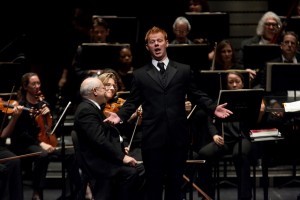 Official Dining Partner The Bistro on Park Avenue The Bistro, located at 348 North Park Avenue in the Hidden Garden in Winter Park, adds to the evening by providing opera ticketholders 10% off their final dining bill.

Visit The Bistro before or after the soloist performances and show The Bistro waitstaff your “Opera in the Park” Concert Ticket or Ticket Stub. The discount is only good for ticket holders on the day shown on tickets.

She is a prize winner from the American Opera Society of Chicago; Bel Canto Foundation of Chicago; was a Sarah Tucker Grant Nominee in the Richard Tucker Foundation Competition; and was a semi-finalist in the Palm Beach Opera Vocal Competition.

In 2009-10, Samantha performed with the Pullin Opera Studio as a resident artist at Arizona Opera where she sang the Slave in Salome, and Mimì (cover) in La Bohéme.
Samantha’s recent work includes several roles with Florida Opera Theater, including Mrs. Gobineau in The Medium, (Dec. 2011); Countess Ceprano and Gilda (cover) in Rigoletto (March 2012). She also has a private voice studio with 25 Orlando area students.

Friday, September 21: Soprano Janette Zilioli has a shimmering brilliance to her voice and a dynamic stage presence. Janette performed in 2010-11 as principal soloist in The Opera Show at the Kilworth House Theater in Leicestershire, England. She appeared as soprano soloist in Beethoven’s 9th Symphony with the Bach Festival Society in Winter Park, Florida. She was magnificent as Musetta in La Bohème with the Orlando Philharmonic Orchestra.

Janette also sang the roles of Musetta in La Bohème with Palm Beach Opera, and Rosina in Il Barbiere di Siviglia and Mabel in The Pirates of Penzance with Central Florida Lyric Opera.

In 2009/10, Janette debuted as Donna Anna in Don Giovanni at Ash Lawn Opera Festival; sang Micaëla in Carmen with Mad Cow Theatre in Florida; toured Europe with The Opera Show to Barcelona, Lisbon and Milan; performed at Opera Santa Barbara as Hanna Glawari in The Merry Widow; and at Orlando Opera sang Rosalinde in Die Fledermaus.

Janette was a resident artist with the Orlando Opera, performing numerous roles including L’Elisir d’Amore, the High Priestess in Aida, Pitti-Sing in The Mikado, and Blondchen in Die Entführung aus dem Serail; Countess Ceprano and Gilda in Rigoletto; Nedda in I Pagliacci; and soloist in Orff’s Carmina Burana.

Janette’s repertoire includes Eva Peron in Evita, Fiordiligi in Così fan tutte and Magda in La Rondine. She was also an apprentice in the Central Florida Lyric Opera.
Janette is a national semi-finalist in the Metropolitan Opera National Council Auditions; winner and the Audience Choice winner at the Houston Grand Opera’s McCollum Competition; winner of the Australian Singing Competition and as guest artist at the Rosa Ponselle Competition Winners’ Concert made her Carnegie Hall debut at age 17.

Other Florida Opera Theatre 2012-13 season events include two performances of Giacomo Puccini’s “Gianni Schicchi” followed by an Artist Mingle for pictures and autographs. Time and location will be announced but final dates are:
• Saturday, December 8
• Sunday, December 9

Gian Carlo Menotti’s “The Telephone” plus, “A Musical Revue of Ringing Proportions” will be presented in collaboration with The Maitland Art and History Museum.

“We are proud to be able to present opera to the Central Florida community featuring a mixture of the exceptional talent we have in our state and talent from around the country,” said Judy Lee, President of the Florida Opera Theatre.

Additional Spring 2013 opera productions are in progress and will be announced at the Florida Opera Theatre website www.FLOperaTheatre.org

Florida Opera Theatre is a Central Florida professional Opera Company dedicated to producing quality opera performances. The organization is comprised of directors, musicians, performers and individuals who have supported opera growth, education and outreach in communities throughout the state for many years.

There are many opera and theatre events in Orlando and other parts of Central Florida that members and friends are welcome to attend and enjoy throughout the year. All opera lovers are invited to join Florida Opera Theatre at a membership level comfortable to the individual or family. Forms are available at www.FLOperaTheatre.org

The Florida Opera Theatre held its debut opera season in 2011-12 including “The Medium, “ by Gian Carlo Menotti in December 2011; Rossini’s “The Barber of Seville” in January 2012; and Verdi’s “Rigoletto” presented by The Orlando Philharmonic Orchestra & produced in collaboration with Florida Opera Theatre in March 2012.